OCEAN CITY – More than a year after surviving a massive heart attack that nearly claimed his life, Peter Roskovich and his wife, Linda, have taken a new lease on life and have since purchased and remodeled a bayfront townhouse that will be featured on HGTV’s Beachfront Bargain Hunt: Renovation this Saturday.

“After his heart attack, we said, ‘Life is too short … Let’s do this,’” Linda Roskovich said.

The Roskovich family is no stranger to the Ocean City area. Peter grew up in the resort and Linda, a Baltimore native, came to the area each summer as a child. In recent years, the couple has rented at the beach during the summer months while their daughters worked in Ocean City.

Although Peter and Linda had plans to renovate the outdated townhouse, it was during the buying process that their realtor introduced them to the idea of going on the HGTV show.

Unbeknownst to his wife, Peter Roskovich had submitted an application to be on Beachfront Bargain Hunt: Renovation shortly after purchasing the property and by September the family was selected for an interview. 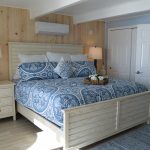 The couple decided to take on the demolition process themselves, but worked with architect Steven Cirile, Mitrecic Builders, Kitchen Concepts, HGTV sponsor Ebay Buy It Now and Kendall Furniture to complete the project.

Linda Roskovich explained that much of the interior design was left to Kendall Furniture’s senior design consultant, Adele Zaniewski. She said the couple was only tasked with giving the paint colors and painting the rooms.

Like any home improvement, Peter Roskovich said the renovation did come with some unexpected expenses. In addition to a rotted roof, he said the building crew discovered a faulty foundation.

“It turned out that the foundation on both sides was rotten and the house was falling forward into the ground,” he said. “They had to stop the project, take the whole front of the house off and dig down and pour concrete footers.”

Overall, the Roskovich family said they enjoyed the filming process.

“I thought it was pretty fun,” Peter Roskovich said. “They made it better than just doing a remodeling project.” 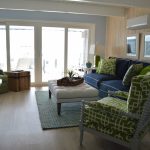 In addition to the filming that took place in the townhouse, the couple said segments were also shot at the 94th Street beach, Macky’s, the Boardwalk and other properties in town.

The couple said the renovation was completed in April and the townhouse has since undergone a complete transformation. In addition to the new roof and foundation, the townhouse also features a new upstairs deck, garage, flooring kitchen, bathrooms, windows and more.

“It’s a total transformation,” Peter Roskovich said. “I don’t think there is anything else we could do even if we tried.”

Linda Roskovich said the one thing that hasn’t changed is the view.

“For me it’s not the new, but the view,” she said. “That hasn’t changed since we first bought it.”

The Roskovich’s bayfront renovation will air on HGTV June 3 at 9 p.m.