Tickets go on sale this week for shows by Kenny Rogers, The Highwaymen Live and The Ten Tenors. Bob Rothermel, who made the announcement for Special Event and TEAM Productions, said he wanted to share the news this week as visitors descended on the resort for Cruisin Ocean City.

“We’re having a lot of people come to town this weekend,” Rothermel said. “As producers of Cruisin, we want to show we’re not here for just this event, we’re here for many events. Years ago, we used to say come for the sun, stay for the stars. That’s exactly what we’re trying to do.” 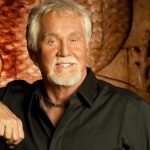 Rogers will visit the resort Friday, Nov. 3 as part of his “Final World Tour.” Rothermel said he’s spent the last year trying to secure a date for the event.

“Kenny played Ocean City for many years,” Rothermel said. “This is the final time you’ll be able to see him in Ocean City. We’re very proud to be a part of that last tour.”

Because it’s such a large show, Rogers will actually perform inside the main room of the Roland E. Powell Convention Center.

“It’s a great tribute show with some of the finest entertainers,” Rothermel said. 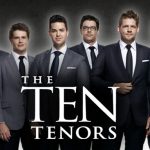 The Christmas show scheduled for the Performing Arts Center this year will be The Ten Tenors on Dec. 2. Rothermel said the group, which is one of the top 100 grossing tours worldwide, would be coming to the United States from Australia. Ocean City will be their first stop in the country. 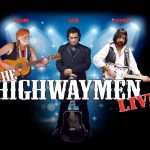 “We’ve been working on that since early January,” Rothermel said. “We’re the first stop in the U.S. They’re going to start the second half of their tour in Ocean City.”

Rothermel’s announcement Tuesday comes just as news that the May 18 Under the Streetlamp show his company organized sold out. Tickets are still on sale for two Beach Boys shows set for Aug. 23. Tickets are available at www.oceancityconcerts.com.

Tickets for the Rogers’ concert go on sale Friday, while The Highwaymen Live and the Ten Tenors go on sale Wednesday at 10 a.m. www.ticketmaster.com or access can be found on www.oceancityconcerts.com