BERLIN — Donald I. Aker, age 73, of Berlin, died Saturday, Feb. 18, 2017 at Coastal Hospice At The Lake in Salisbury. Donald was born in Washington, DC and was the son of the late Robert T. and Getty (Sisk) Aker.

He was employed by LTD Construction as a Foreman and was a member of Raven’s Roost #18 in Glen Burnie, Raven’s Nest #10 in Bowie and Trinity Assembly of God in Lanham, Md. He also served in the U.S. Navy.

He was preceded in death by his son, Donald I. Aker Jr., and a brother, Robert Lynn Aker.

A funeral service was held at the Ocean City Worship Center in Berlin with Rev. Arthur Rose officiating.

BERLIN — Gerard John Cummings was a man beloved by his family, friends and all those who experienced life with him. 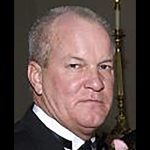 “Jerry” always put family first, epitomized what can be accomplished through hard work with his passion for building and in his down time you would find him on the water, on the golf course and listening to music.

Born the son of John and Lorraine Cummings, Jerry was raised in Eastchester, N.Y. with his sisters Pattie and Debbie where he spent his childhood playing sports and at a very early age taking on responsibilities as the man of the house.

Jerry’s life changed on April 28, 1974 when he married his high school sweet heart, Patty. They went on to raise two sons, Brian and Craig, and they would remain in Eastchester until 1999. Jerry, a man of action, pursued his life-long dream to live on the water where he enjoyed the next 17 years of his life in Ocean City as a project developer and owner of Pierside Builders. As Jerry transitioned to life at the beach, he grew a true appreciation for the simple things in life. Taking his boat to Assateague with his boys and grandchildren and playing golf at Ocean City Golf Club with his friends.

Jerry is survived by his wife, Patty, his sons and daughter in laws, Brian and Aimee and Craig and Erin and his four grandchildren, Carter, Cole, Emma and Kyle. Jerry’s legacy will also be carried on through his sisters Pattie and Debbie and his in laws Al, Eric, Bob, JoAnn and Nancy.

Services were held this week. Interment was at Evergreen Cemetery on Assateague Road following services. Arrangements are in the care of Burbage Funeral Home. Letters of condolence may be left at burbage@burbagefuneralhome.com.

Born in Philadelphia, she was the daughter of the late Robert and Marie Gray (nee McDonald). 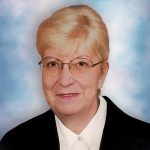 Eileen was employed as a nurse. She had been employed at Lankenau Hospital, Taylor Hospital and Lima Estates. She was a member of the Ladies Auxiliary American Legion Post 166 in Ocean City. She enjoyed crocheting, knitting and flower gardening.

In addition to her parents, Eileen was predeceased by her brother, Kenneth Gray. She is survived by her beloved husband, E. Charles Cox, and her stepchildren, Jennifer Cox, Timothy (Sharron) Cox and Elizabeth (John Singer). She is also survived by her siblings, Patricia (the late John) Stecklein, Robert Gray, Gerald (Nancy) Gray, her sister-in-law Kathleen Gray and her nieces, nephews and friends.

In lieu of flowers, contributions in Eileen’s memory to Coastal Hospice at the Ocean, P.O. Box 1733, Salisbury, Md. 21802-1733 or a charity of the donor’s choice would be appreciated. Online condolences www.donohuefuneralhome.com

Born in St. Louis, Mo., she was the daughter of Dr. William Benjamin Horner and his wife, Faye, of Fenwick Island, Del. and Jean Pulliam King and her husband, James, of Salisbury. 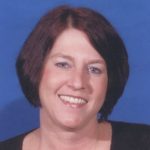 Leslie graduated from Wicomico Senior High School in 1989 and Salisbury University in 1993 with a Bachelor’s Degree in Communications. She worked for Outback Steakhouse for the past 14 years in West Ocean City. She loved gardening, reading, the beach, but mostly spending time with her children.

A visitation will be held on Sunday, March 5, 2017 at the Holloway Funeral Home in Salisbury from 2-4 p.m. The family will conduct private graveside memorial services at a later date.

In lieu of flowers, contributions may be made in her memory to your local Al-Anon Family Support System, or your local Humane Society or the charity of your choice.

WEST OCEAN CITY — Gregory Scott Rittershofer, 52, whose passion for family, friends and being on the water earned him many friendships throughout the community, passed away on Feb. 22 at his home in West Ocean City.

Born in Baltimore, he was the eldest son of Mary Ellen McDonald and Robert L. Rittershofer. 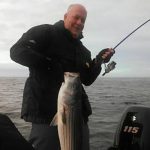 He is survived by his wife, Kathleen Marie (Diven) Rittershofer; daughters Rebecca Joyce Rittershofer and Julie Marie Rittershofer; brother Jeffrey Rittershofer and family; and Allison Grace McConaghy, who was like a daughter to him. Greg’s greatest passion was spending time with family, including all of his in-laws, and loved ones. Nothing brought more joy to him then taking his family out on the boat and all around Ocean City.

Greg loved his work as the Vice President of IT for Farmers Bank of Willards and thought of his colleagues as family. His love of computers and technology started at a young age during his studies at Parkville High, where he graduated in 1983.

He enjoyed time spent on the water and fishing with friends and family. Greg could be found any weekend enjoying fishing on his boat, the “Julbecca,” relaxing at Captain’s Galley or BLU (where he was proud to have earned his VIP card status), or taking up his new upholstery hobby in his garage. Family and friends referred to Greg as the gentle giant (standing at 6’8”), who would always go out of his way to help anyone in need.

A celebration of life will be held Saturday, March 4 at Ocean City Fish Company. Please bring a copy of your favorite pictures of Greg. In lieu of flowers, memorial donations may be made to Ocean City Reef Foundation, P.O. Box 1072, Ocean City, Md. 21843. 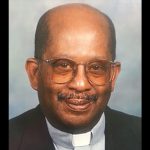 Born in Baltimore, he was the son of the late Wilbur LeRoy, Sr. and Grace Pinder. He is survived by his wife of 54 years, Marie Antoinette Pinder, and sons Wilbur L. Pinder, III and his wife Mary of LaVale, Md, Jeffrey A. Pinder of Chicago, Ill., and daughter Carol Anne Cooke of Baltimore. There are two grandchildren, Orlando LeRoy Pinder and Blake Edward Pinder. Also surviving is a niece, Lisa Cunningham of Ohio.

Deacon Pinder had attended Morgan State College in Baltimore, and was a veteran of the United States Marine Corps. He had worked as a journalist and writer with Afro magazine, the Baltimore Sun, the Washington Times, WJZ TV, the Dept. of Health, Education, and Welfare, and had worked for the federal government as a speech writer for Presidents Lyndon Baines Johnson and Richard Nixon. He had been a Deacon at St. Francis of Assisi in Rockville, St. Mary’s Star of the Sea and Holy Savior Catholic Church and was a member of the Knights of Columbus in Rockville.

A Mass of Christian Burial will be held on Friday, March 3, 2017 at 11 a.m., at Holy Savior Catholic Church in Ocean City. Rev Stanislao Esposito will officiate. Friends may call from 9:30 until 11 a.m. prior to the Mass. Interment will follow in Gate of Heaven Catholic Cemetery in Dagsboro. In lieu of flowers a donation in honor of Deacon Wilbur L. Pinder, Jr. may be made to: St. Mary’s Star of the Sea Catholic Church, 17th and Philadelphia Ave. Ocean City, Md. 21942. Letters of condolence may be sent via: www.burbagefuneralhome.com . Arrangements are in the care of the Burbage Funeral Home in Berlin.