BERLIN — Atlantic General Hospital Foundation has received a $100,000 donation from the Bank of Ocean City toward its Campaign for the Future and the development of the new Regional Cancer Care Center.

Jack Burbage and Michelle Fager, co-chairs of the Atlantic General Campaign for the Future, were on hand for the presentation of the donation. The new cancer center will be named the John H. “Jack” Burbage, Jr. Regional Cancer Care Center in honor of Burbage’s personal and financial contributions to the hospital and the community.

“We’re extremely grateful for the unwavering support of the Bank of Ocean City and the community. The new Regional Cancer Care Center is a much needed resource in our community and will provide convenient, quality access to care that Berlin and the region so deserves,” said Burbage.

The new 18,000-square-foot Regional Cancer Care Center, which is to be built on hospital-owned property at the corner of Routes 113 and 346 in Berlin, will provide one centrally-located, convenient facility for the care and treatment of individuals with cancer and blood disorders.

Construction is due to begin in July 2017 with completion in early 2018. 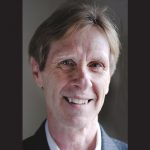 SALISBURY — Coastal Hospice announces their new board of directors for 2017.

SALISBURY — Rommel’s Ace dedicated Veterans Day weekend in November to raise funds for the Disabled American Veterans (DAV) organization. The effort was able to raise $5,441 for the DAV, which will spread the dollars out to programs in Maryland, Delaware and Virginia.

“We received great feedback from our customers and many knew of someone or were members of the DAV themselves. We thank all the customers that came to support this event and fundraiser to help this great organization and the members that have given so much,” said Rommel’s Ace Vice President Bob Weber.