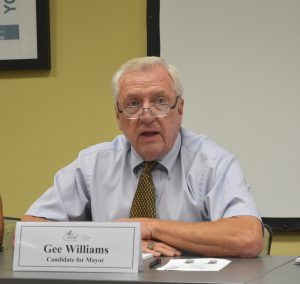 BERLIN — Voters re-elected Mayor Gee Williams in today’s Berlin election.Williams received 588 votes Tuesday, far ahead of challenger Lisa Hall, who received 137 votes.In the District 2 race, Zackery Tyndall received 185 votes, coming out ahead of Jack Orris, who collected 116 votes.Williams has been a familiar face in Berlin politics since 2003 when… Read more »

We are keeping an eye on hurricane Matthew even more today as he has made a lean to the west and the eastern seaboard, including Ocean City and surrounding area in the “cone of uncertainty”.  Mother Nature is the only one that truly knows Matthew’s path, but forecasters are saying that it is headed toward… Read more »

BERLIN – Health officials at Atlantic General Hospital have attended to four flu cases as of Oct. 4, according to Michaelann Frate, director of employee health and infection control.Three of the cases came from visitors not local to the area and were not reported as a flu case originating from Worcester County, but one resident… Read more »

OCEAN CITY — Resort officials this week made it abundantly clear they are strongly against a proposal to install as many as 90 cell phone towers, some as tall as 38 feet, throughout Ocean City and are asking residents and visitors to join in the opposition.Two weeks ago, through a seemingly innocuous legal advertisement, the… Read more »

As hurricane Matthew looms to the south and Ocean City begins to think about early preparations it was business as usual for the offshore fleet today.  Matthew’s path is yet to be determined, but he is such a large, powerful storm that he could pass by hundreds of miles away and still close down our… Read more » 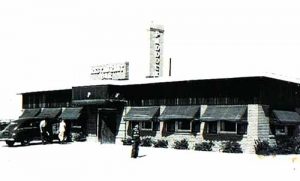 The Paddock was built by Gabby Mancini on 18th Street and Philadelphia Avenue in what was then considered “way up the beach.” It opened in 1953 as a bar and restaurant specializing in live entertainment. The interior was knotty pine and had a mural painted over the bar featuring horse racing.The original building, pictured, was… Read more » 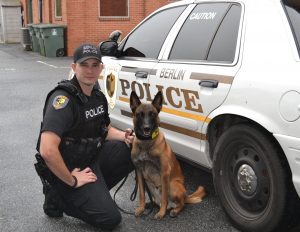 BERLIN – The town’s police department has bolstered its force with the addition of a second K-9.Cyrus, a two-year-old Belgian Malinois, joined the Berlin Police Department in September. The K-9, who has been partnered with Officer Aaron Titerence, will help with everything from drug detection to crowd control.“The K-9 program is a great asset because… Read more » 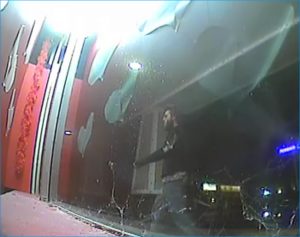 We’ve had some tough weather lately, and it looks like it might be really tough in a week or two.  We are definitely keeping our eyes on hurricane Matthew, which is currently south of the Caribbean.  Matthew is a very strong storm and could do “catastrophic” damage in the Caribbean.  Where he heads after that… Read more »