BERLIN – Opportunity. It was the first thing on Jeff Hamer’s mind when he found out that a restaurant in Berlin would be closing.

Now, the owner of Fins Fish House and Raw Bar is set to open his third location Oct. 25 at the former Leaky Pete’s Oyster Bar and Chop House, located next to Stevenson United Methodist Church on Main Street.

“The numbers worked and the opportunity was there,” Hamer said. “So I decided to do it.”

His new location will be the third restaurant to occupy the space in recent years, but Hamer said he is not worried.

“I love those kinds of places,” he said. “People say, ‘Don’t do that. The place is cursed.’ But they said the same thing about my Route 1 location and that actually is my busiest location now.”

Hamer is in the final stages of renovations and last-minute touches have put a Fins twist on the farmhouse-style building. 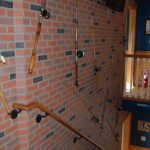 The owner said the restaurant will be similar to his two Rehoboth Beach locations and will feature fresh, local seafood, signature oysters, fish specials, and happy hour menus, which includes local craft brews and house beer from their Delaware location.

“It’s also an opportunity to sell our beer from our own location in Maryland now,” he said.

Yet, Hamer stressed that the new location will operate primarily as a locally sourced restaurant and not a bar.

“The food will be fresh and amazing,” Hamer said.

The menu will remain mostly unchanged, but will offer small plate options, $6 specials and lower prices, something he can now afford to do without high rent prices.

The soft opening will begin with happy hour at 3 p.m. Tuesday and afterwards will open from 11 a.m. to 9:15 daily.

Hamer said he will potentially extend hours on the weekends depending on demand.

Although his operations will now extend into another state, Hamer said he expects his clientele to be similar. 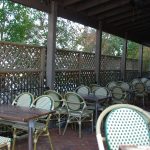 “I don’t think it will be different,” he said. “Retirees come for happy hour at my Rehoboth locations and I imagine a lot of retirees here will do the same. I also think we will have a younger crowd at night because we carry craft artisan beers. So I think we will have a hipster crowd too.”

Until then, Hamer said he is keeping himself busy with inspections and last-minute errands, but looks forward to operating a new location in Berlin.

“I love that little town,” he quipped. “You know I was talking about trimming the trees [along Main Street] out here so people can see down the street from outside, and I came back one day and they were already trimmed. Somebody just did it for me.”

With local hospitality, Hamer said his interactions with residents have been nothing short of amazing.

“I have never been so welcomed in my life,” he said. “I have talked more with Linda at Town Hall in one conversation than anyone in Town Hall in Rehoboth. Every single person is unbelievably nice and helpful.”

With less than a week to go, Hamer said he is excited for the next chapter of his business to begin in Berlin.

His newest location follows two other successful sites: one on Rehoboth Avenue and the other on Coastal Highway in Rehoboth Beach, Del.

For more information on its menus and specials, visit finsrawbar.com.