OCEAN CITY — There will be a municipal election after all in Ocean City next month after a local business owner and community leader joined the four incumbents on the City Council whose seats are up for re-election.

As of late Tuesday, only the four incumbent councilmembers, including Doug Cymek, Dennis Dare, Tony DeLuca and Mary Knight, had filed for re-election, along with Mayor Rick Meehan. However, around 4:30 p.m. on Tuesday, or just about a half an hour before the filing deadline, John Gehrig, D3Corp owner and current Greater Ocean City Chamber of Commerce president, threw his hat in the ring for one of the four open council seats. For a while, it appeared the four incumbents would not be challenged, but Gehrig’s filing late Tuesday changed that. 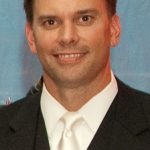 Before Gehrig officially filed on Tuesday, City Solicitor Guy Ayres researched the potential for no challengers coming forward and determined there was nothing in the city’s code or charter, or state law that would have required the formality of an uncontested election. However, that point is now moot with Gehrig joining the fray.

Cymek, Dare, DeLuca, Knight and Gehrig will vie for the four open seats on Nov. 8 in conjunction with the national and state election at the Roland E. Powell Convention Center. Ocean City’s municipal elections are non-partisan and the top four vote-getters among the five candidates will earn the seats.

For the record, Mayor Rick Meehan was not challenged and was essentially re-elected to his sixth term as mayor when the deadline passed on Tuesday.

Gehrig, president of the well-known D3Corp company, which he started 21 years ago from scratch, and an active member of a number of community organizations, said on Wednesday he had been urged to run for City Council in the past, but has turned down the requests for a variety of reasons, including his business commitments and other community involvements as well as his young family. However, Gehrig said this time around he is fully committed to seeking one of the four open council seats.

“I’ve been asked for years, a lot of years, to run, but it just wasn’t the right time, or I wasn’t ready or I wasn’t committed to doing it,” he said. “This time around, I am even more and more involved and more active in the community and I’ve taken a bigger interest.”

Gehrig said his desire to serve on the council and expand his community involvement was not motivated by replacing any of the incumbents whose seats are up for re-election.

“I want to make it clear I’m not running against anyone,” he said. “I like the other candidates and I think they do a great job. I am running for my ideas.”

Perhaps more precisely, Gehrig is running to support his independent ideas. The four incumbents each filed for re-election on the same day in early January in a show of solidarity and desire to keep the momentum going for what they believe has been a productive couple years for the current council after years of turmoil and divisiveness.

The fact that just one challenger came forward for the 2016 election appears to bear that out. By contrast, eight candidates vied for four open seats in the last Ocean City municipal election in 2014. Incumbent Council President Lloyd Martin and newcomers Matt James, Wayne Hartman and Tony DeLuca emerged from that large field to earn their current seats on the council.

However, Gehrig said this week the solidarity shown by the four incumbents whose seats are up for re-election this year when they each filed on the same dreary afternoon way back in January was part of the reason for his decision to file.

“They made it pretty obvious they are running as a single unit,” he said. “I don’t buy the idea of four people and one voice. God gave us a voice box and brains to be independent thinkers and speakers. I have an independent voice and I’m not afraid to use it.”

Gehrig brings a different dynamic to the municipal election next month. Based on his background in business and knowledge of resort tourism, he makes no secret tourism is an important plank in his platform.

“We’re Ocean City,” he said. “We exist because of tourism. We need tourism, but we need good tourism. Look, I live here and there’s no question it’s inconvenient sometimes, but that is what keeps the tax base healthy and allows those who live here to enjoy all of the amenities. We are the big winners because we get to experience all everything Ocean City has to offer.”

Gehrig said he will also draw on his vast experience in business should he be elected.

“The city is essentially a big business,” he said. “There is money coming in and money going out. Having a business person on the council is an asset.”

Gehrig said, if elected, he would rely on the same open and frank discussion of ideas and discourse as he applies in his private sector business.

“I have a staff of 47 people and I want to hear their ideas,” he said. “Sometimes, good ideas come out of the discussion and sometimes ideas die. Ocean City needs a big idea. That’s not John Gehrig’s big idea. There are a lot of smart people in this community and a lot of great ideas.”

Dare joined the council in 2012 after a rather tumultuous election during which there was one of the biggest turnovers in recent memory. However, he is certainly no stranger to municipal government. Dare served as city engineer in Ocean City from 1982 to 1990, and as city manager from 1990 to 2012.

DeLuca’s situation is somewhat unique among the incumbents seeking re-election in November. As the fourth-leading vote-getter in the last election, DeLuca, chair of the city’s green team, is essentially filling out the term of former councilmember Joe Mitrecic, who was elected as a Worcester County Commissioner in 2014. As such, DeLuca is just in his second year on the council, but will need to be re-elected in November to retain his seat.

The other three current councilmembers, Martin, Hartman and James were also elected in 2014 and their seats will not come up for re-election until 2018.