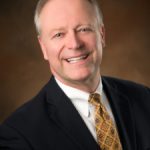 Martirano has been an educator for more than 30 years with a wide range of educational and administrative experience through his work as a science teacher, principal and visiting professor at John Hopkins University. Prior to being named state superintendent in West Virigina, Martirano served as superintendent of St. Mary’s County Public Schools in Leonardtown, Md., for nine years, where he was named the 2009 Superintendent of the Year by the Public School Superintendents Association of Maryland (PSSAM).

In a news release distributed Tuesday, Martirano said his wife’s recent death at the age of 54 has led to his decision to become more involved in his children’s lives.

“This past year has been one of the most challenging of my adult life. With the prolonged illness of my wife and her eventual death, I now find myself being both a dad and a mom to my three children who reside in Maryland. After much prayer and consultation with my family, I have come to the conclusion that I must be geographically closer to them. My resignation will allow that to occur and it will allow me to pursue other employment opportunities near them,” he wrote in his letter to West Virginia Board of Education President Michael Green. “Additionally, by announcing my resignation at this time, the West Virginia Board of Education will be afforded the needed time to conduct a search for a new State Superintendent of Schools. I have been honored and humbled to serve as the State Superintendent of Schools for the state of West Virginia. It has been a privilege to work with a very dedicated Governor, West Virginia Board of Education and Legislature. The professionalism, dedication and talent of our teachers, principals, superintendents, service personnel, local Boards of Education, the West Virginia Department of Education staff and our parents have impressed me. However, I have been most awed by our very respectful, genuine, and wonderful students. I have continually basked in their reflective glory as they have provided me with much hope and optimism for a brighter future.”

A graduate of Worcester County Public Schools, Taylor has been an educator in Worcester for 33 years. Advancing from teaching into administration as an assistant principal and principal, Taylor led the Eastern Shore’s largest high school – Stephen Decatur – for 17 years before being named Chief Operating Officer for the school system. An active member of the community, Taylor serves on a number of local boards and was most recently named the 2016 Citizen of the Year by the Greater Ocean City Chamber of Commerce. 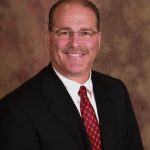 According to a press release from the Worcester County Board of Education, each of the finalists’ “Day in the District” will include time to meet with local officials; interviews with panels of Central Office administrators, principals, support staff and retirees, business leaders, teachers, parents and community leaders; lunch with students; time to meet with members of the media; and dinner and discussion with the Board of Education.

“The search process for finding a new educational leader in Worcester County has been a matter of great importance for the Board. We are pleased with our progress in the search so far, and we are excited to announce our two highly qualified finalists,” Board of Education President Jonathan Cook said. “We greatly appreciate the investment our community is making by participating in the upcoming focus groups and providing input to the Board. We look forward to making a final decision soon and helping our new Superintendent create a vision and plan for transitioning into this leadership role.”

The board’s goal is to choose the top candidate for superintendent in October, and vote to appoint the chosen candidate. The new superintendent would begin no later than July 1, 2017.

In February, Superintendent Dr. Jerry Wilson announced he would not seek another reappointment to another four-year term as superintendent, but agreed to remain in the position as an interim while the search was being conducted. Following Wilson’s announcement, the Board of Education contracted with the Maryland Association of Boards of Education (MABE) to conduct the search process. MABE held three public input sessions across the county earlier this summer to gather input to inform the search

In July, the superintendent opening was posted widely so that qualified local, state and national candidates could apply, with the first consideration of applications by MABE on Aug. 15. The Board conducted two rounds of interviews to select the two finalists for extensive interviews Sept. 26-27 with various stakeholder groups. These groups will provide input to the Board as it prepares to choose a new superintendent.