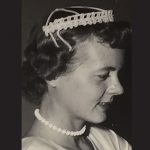 She was born in New York City and raised in Delaware where she graduated from the University of Delaware followed by a Masters degree in Elementary Education. She went on to teach elementary school in Hawaii where she met her future husband Frank. They resided happily for many years in Ocean Pines.

She later taught for over 20 years in Eastern School District at Wrightsville Elementary School. She had four children and their spouses who survive her, Dave and Kim Kimpel of York, Pa., Frank and Donna Kimpel of Charles Town, W.Va., Bev Kimpel and Elisabeth “Biz” Houghton of Freeport, Ma. and Barb Kimpel and Karel Cauchon of York, Pa. She was also the beaming proud grandparent of eight grandchildren, Michael, Adam, Seth, Isaiah, Brianna, Lauren, Lily and Sarah.

Mary loved her family, reading, classical music and all children. Her greatest gift to her family was the clear lesson that it is not money, power or prestige that matter. It is not race, religion, gender, education, physical or mental abilities upon which a person’s soul relies. It is the gift of the heart and how you give it to others. Safe journey home Mom.

Deep gratitude to the Dallastown Nursing Center Staff for their loving attentive care. Visiting hour will be at noon on Saturday, Aug. 6 followed by a service at 1 p.m. at Dover United Church of Christ, 45 Canal Street, Dover, Pa. 17315.

Anyone wishing to honor Mary’s memory may make donations of random acts of kindness and non-judgement to the world at large. She would be most pleased.

OCEAN CITY — Arthur Edward Palmer, of Ocean City, passed away on Saturday, July 23, 2016 at Delaware Hospice. He was 74. 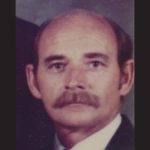 Arthur attended schools at St. James in Pennsylvania and later Delmar High School from where he graduated from. He served in the United States Navy from 1961 to 1965. He was employed as owner/operator of the Hideaway Lounge at Stowaway Motel in Ocean City. Later, Arthur was head of maintenance at the Bethany Arms in Bethany Beach, Del. He enjoyed golfing, fishing and boating as well as spending time with his family and friends. One of his favorite times was with his friends at the Tuesday golf group and the 19th hole afterwards. He was a member of the Ocean City Elks Lodge #2645 and the Ocean City American Legion Post #166.

He is survived by one brother, Reynold Palmer of Merritt Island, Fla; two sisters, Mania Phillips and her husband Bobby of Laurel, Del. and Bernadette McMullen Halfhill of Delmar, Del; six nieces and nephews, Sean Palmer of Lewes, Del., Shannon Palmer Dennis of Viera, Fla., Robby Phillips and his wife Jennie of Delmar, Del., Nicholas Palmer and his wife Melissa of Sterling, Va., Ashley Palmer Harnish (Denver) of Greencastle, Pa., and Brandy Palmer Harman and her husband Nicholas of Binghamton, N.Y.; and four step-nieces and nephews, Kimberly Causey and her husband Steve of Delmar, Md., Tracy Howe and her husband Ned of Catonsville, Md., John Halfhill (Choe) of Emporia, Va. and Ruthanne Halfhill of Delaware.

Memorial services will be held on Friday, July 29, 2016 at noon at the Short Funeral Home in Delmar with the Reverend Penelope Morrow, Deacon with the Episcopal Church, officating. Visitation will be held one hour prior to the service.

To share memories with the family, please visit www.shortfh.com. 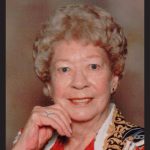 Born in Parsonsburg, she was the daughter of the late Elmer Francis Hastings and Agnes Belle Laws Hastings. She was preceded in death by her husband, Robley “Robe” Holland, in 1978. She is survived by her daughters, Sandra Andersen of Berlin and Marlene Mumford of Bishopville, and a son-in-law, Hance Vincent “Chum” Cherrix of Berlin. She was preceded in death by her daughter, Janet Cherrix, and sons-in-law, Bjorn Andersen and Curtis Mumford. There are five grandchildren, Tor H. Andersen and his wife Barbara, Jon H. Andersen and his wife Carrie, Christina Kelly Schwartz and her husband John, Andrea Lee Kelly and her wife Laura Ramirez, and Barry E.R. Mariner and his wife Jeanne. There are seven great-grandchildren.

Mary Belle was a 1936 graduate of Wicomico High School, continuing her education at Paynter Business School in Salisbury. She had co-owned with her husband and parents, Hastings Hatchery in Parsonsburg. She and her husband owned and operated the Sandpiper Restaurant and Miami Court Motel in Ocean City, along with the Samoa Restaurant in Palm Beach, Fla. She was a member of the Daughters of the American Revolution, Samuel Chase Chapter in Salisbury as her great, great, great, great-grandfather had served in the American Revolution.

Her family roots trace back to Maryland’s early settlers beginning in 1652. Her strength, determination, integrity and kindness touched many lives, and she excelled at all things in the kitchen, most notably her fried chicken. Her body may have been worn after 97 years, but her mind was sharp until the very end of her life.

A funeral service was held July 28 at St. Paul’s by the Sea Episcopal Church on 3rd Street and Baltimore Avenue in Ocean City. Rev. Rusty Hesse officiated. Interment was private for the family.

In lieu of flowers, a donation in her memory may be made to Worcester County Humane Society, P.O. Box 48, Berlin, Md. 21811, or St. Paul’s by the Sea Episcopal Church, 302 N. Baltimore Ave., Ocean City, Md. 21842, or a charity of your choice. Letters of condolence may be sent via: www.burbagefuneralhome.com . Arrangements are in the care of the Burbage Funeral home in Berlin. 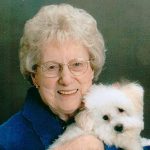 Born in Uniontown, Pa., she was the youngest daughter of the late Thomas and Maggie Wilson Miller. She was preceded in death by her loving husband, Mortimer (Murt) Geary; granddaughter Melanie Renee Geary; grandson Denny Patrick Owens; eight sisters; and two brothers.

Mrs. Geary graduated from South Union High School in Uniontown, Pa. in 1941. She worked for a time at the Union Supply Coal Miners Company Store before coming to Washington, DC where she worked for the British during World War II. It was during this time when she met her future husband “Murt” who was a Washington DC police officer. She retired from the US State Department Foreign Services Division after 25 years of service as an accountant for the audit staff for U.S. embassies abroad.

Mrs. Geary was a loving caring mother and grandmother and will be dearly missed by her family and friends.

A funeral service will be held on Monday, Aug. 1, 2016 at noon at the Community Church at Ocean Pines, 11727 Racetrack Rd., Berlin, Md. 21811. A donation in her memory may be made to Coastal Hospice and Palliative Care, P.O. Box 1733, Salisbury, Md. 21804. Letters of condolence may be sent via: www.burbagefuneralhome.com 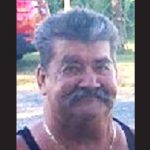 Born in Baltimore, he was the son of the late Raymond D. and Beverly Schulz Johnson. He is survived by his wife, Teresa L. Johnson; his children, Stephen Johnson, Jr. and his wife Julia of Delmar, Daniel Johnson and his wife Kristy of Snow Hill, Charles Johnson of Eden, Michael Bradds and his significant other Sara of Princess Anne and Tia Johnson of Eden; 20 grandchildren; two great-grandchildren; and 11 siblings.

Mr. Johnson had owned T and J Construction Company. He was a bird lover and raised pigeons for a hobby. He also enjoyed classic cars and spending time with his friends and family.

A funeral service will be held on Saturday, July 30, 2016 at 11 a.m. at Whatcoat United Methodist Church in Snow Hill. Friends may call one hour prior to the service. Rev. Donald Baily will officiate. A donation in his memory may be made to Stephen D. Johnson, Sr. Memorial Fund, C/O Bank of Ocean City, 627 William St. Berlin, Md. 21811. Letters of condolence may be sent via www.burbagefuneralhome.com