BERLIN – Atlantic General Hospital’s campus is set to expand with the addition of a new cancer care center.

On Wednesday, the Berlin Planning Commission approved the site plan for the new Atlantic General Hospital Cancer Center. The 17,855-square-foot building, which will be erected at the intersection of Old Ocean City Boulevard and Route 113 in front of the Berlin Nursing Home, has been designed specifically with the needs of cancer patients in mind.

The new one-story building will be located along Route 113. The project’s 157-space parking lot will be located between the building and Healthway Drive. Cropper said the lot, which met the town’s size requirements, would provide sufficient parking for the facility.

“The cancer center is not a high volume, high turnover use,” Cropper said. “We think there’s going to be more than adequate parking.”

Planning commission members questioned the fact that such a large building was only going to be one floor. Cropper said that had been done intentionally, as hospital officials didn’t want patients undergoing cancer treatments to have to deal with traversing stairs.

“For a multidisciplinary cancer center, this is what you need,” Cropper said.

Patients will have access to a portable PET scanner at the rear of the building. Cropper said that wasn’t uncommon at cancer centers and that a permanent scanner would be installed if there was sufficient need.

Planning commission member Ron Cascio asked how officials could be sure the pervious parking spaces shown in the site plan would be maintained.

“We all know that if you don’t maintain the stuff it’s impervious,” he said.

Architect Steve Engel assured him that the Maryland Department of the Environment would ensure that the pervious surface was taken care of and vacuumed at least once a year. He said the state even mandated that a maintenance schedule be submitted.

“It’s not like where in years past you built it and forgot about it,” Engel said.

Dave Engelhart, the town’s planning director, said the project was not expected to have a huge impact on area traffic but that Maryland’s State Highway Administration (SHA) was still looking at the plans.

“The biggest impact for this development is shift changes with employees,” Engelhart said. “Otherwise, the impact is fairly minimal from this building.” 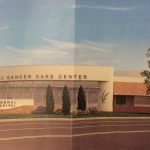 Though commission members questioned the fact that a sidewalk wasn’t illustrated on the plans, Cropper said the architect was simply waiting for guidance from SHA on the matter.

“SHA is absolutely going to require it,” Cropper said. “I just don’t want to do a design here and have them come up with something different.”

The new state-of-the-art 11,000-square-foot building will be located on Harrison Avenue next to the Waystead Inn. The existing Berlin library, which sits on land owned by the Berlin Fire Company, will be turned over to that organization. Cascio said construction on the new Berlin branch would begin in the spring of 2017.

Engelhart said the town’s department heads had considered the site plan and had no issues with it.

“They all seem to be happy with the placement of the building,” he said. “We’re excited about having some extra parking around.”

The commission voted 5-0 to approve the library site plan.