Born in Washington, DC, he was the son of the late Robert E., Sr. and Elizabeth Linthicum. 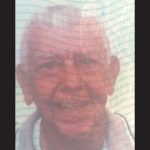 Bob was a member of the United States Marine Corps from 1948 to 1989, when he officially retired as a Lt Colonel. He was a Korean War veteran, having served in combat as a weapons company tank platoon leader. He retired from the Federal government after working for the Civil Service Commission, the Central Intelligence Agency in Vietnam, and the Federal Communications Commission. He also had previously worked at GEICO and had his own private law practice. After moving to Ocean City in 1984, he was a magistrate judge for the Worcester County District Court and also worked at and enjoyed many rounds of golf at the Pine Shore Golf Course.

A Mass of Christian burial will take place at 11 a.m. on July 18, 2016 at St. Aloysius Catholic Church on the campus of Gonzaga College High School, 19 I Street NW, Washington, DC. Interment will be at 11 a.m., on July 19 at Quantico National Cemetery, Quantico, Va.

A donation in his Bob’s may be made to Veterans of Foreign Wars; Marine Corps Heritage Foundation; and USMC Tankers Association.

He was born in Salisbury and was the son of John W. Whitlock Sr. and Gladys W. Malcom and stepson of the late Vernon E. Malcom. 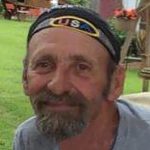 He enjoyed spending time and playing with his grandchildren, riding his motorcycle, shed hunting, Karaoke and camping at Tall Pines Harbor Campground. John loved being the center of attention and just the all-around jokester. He will be sadly missed by all the lives he touched.

Born in Laurel, Del., he was the son of the late Russel and Pauline Baker Carey. He was preceded in death by his wife, Patricia Carey. 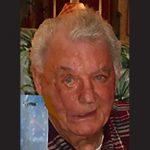 Surviving, is his son Kirk Carey and his fiancée Judy Collins of Ocean City, and a grandson Alex Carey of Whiton. Also surviving are numerous nieces, nephews, cousins and a host of friends.

Mr. Carey had served in the United State Marine Corps and later worked for 31 years with Acme Stores, as a butcher. In retirement, he spent time socializing with his friends, watching the Orioles and Ravens’ games, and tackling the hardest crossword puzzles. In earlier years he enjoyed camping with his son.

A celebration of his life will be held on Saturday, Aug. 6 at 1 p.m. at the American Legion Post #123 in Berlin. Letters of condolence may be sent via: www.burbagefuneralhome.com