U.S. Attorney for the District of Delaware Charles Oberly III on Wednesday announced an indictment has been handed down by a federal grand jury charging William Cook, 60, of Ocean City, with bank fraud and money-laundering. Cook, who was the owner of the commercial space at the corner of Route 611 and Sunset Avenue that was home to the 19th Hole Bar and Grille for a few years, among other properties in Maryland, now faces up to 30 years on the bank fraud charge and up to 10 years on the money-laundering charge in addition to possible fines and restitution. 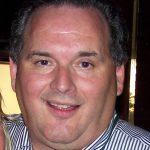 The indictment alleges Cook operated a business in neighboring Sussex County called AJJ Distributing. The company obtained a loan from a Delaware bank in March 2008 and, according to the terms of the loan, AJJ Distributing was permitted to borrow funds from the bank through periodic requests for disbursements in an amount not to exceed 75 percent of the value of AJJ’s accounts receivable. Cook would verify the amount of AJJ Distributing’s accounts receivable through weekly Borrowing Base Certificates, or BBCs, which he signed and faxed to the Delaware bank.

According to the indictment handed down by the federal grand jury on Tuesday, from on or about Jan. 16, 2009 through April 16, 2009, Cook allegedly falsified AJJ Distributing’s accounts receivable on BBCs submitted to the bank by failing to properly account for amounts owed to the company from third parties.

Over time, Cook allegedly requested and obtained at least $2.2 million from the bank in loan proceeds after AJJ Distributing’s loan was already overdrawn according to its terms. The indictment alleges in April 2010, Cook falsely over-represented AJJ Distributing’s outstanding accounts receivable by roughly $3 million.

The five-page indictment alleges Cook “did knowingly devise and intend to devise a scheme and artifice to defraud the bank and to obtain money, funds, credits and other property owned by and under the custody of the bank by means of false and fraudulent pretenses, representations and promises.”

The indictment was the result of an investigation conducted by the Internal Revenue Service, criminal investigation and the United States Postal Inspection Service. Oberly praised the agencies for pursuing the investigation.

“I want to thank both the IRS and the Postal Service investigators who diligently pursue such frauds as alleged in this indictment, and who pursue cases like this despite a shortage in personnel,” he said.