BERLIN — Robert James “Bob” Bassett, age 72, of Berlin died Monday, April 18, 2016 at home. He was born in Berlin and was the son of the late Clive and Evelyn (Smack) Bassett. 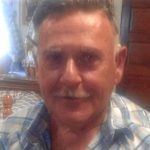 Bob was a retired farmer and poultry grower. He was a member of Stevenson United Methodist Church, Shore Fun Garden Tractor Club and an avid duck and deer hunter.

He is survived by his wife of 54 years, Connie L. Bassett of Berlin; a son, James R. Bassett and his wife Kelly of Berlin; a sister, Judy Ewell and her husband Robert; a grandson, Robert Wayne Bassett; a great-grandson, Skylar Bassett; three sisters-in-law, Linda Heath, Mary Ann Gumpper and Mattie Lynch; brother-in-law, Allen Lynch and numerous nieces, nephews and cousins.

He was preceded in death by his daughter, Robbin L. Bassett, in 1990.

A funeral service will be held at 3 p.m. on Friday, April 22 at Bishop-Hastings Funeral Home in Selbyville with Wayne Shelton officiating.  Friends may call from 1 p.m. to 3 p.m. at the funeral home prior to the service. Entombment will be in the Bassett Family Cemetery. Casual attire or jeans are requested by the family.