SALISBURY — The Bank of Delmarva recently presented United Way of the Lower Eastern Shore with a check of employee contributions from their first United Way Campaign, totaling $11,668. 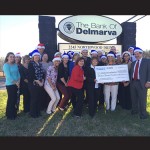 The team at Bank of Delmarva presents a check for $11,668 to the United Way of the Lower Eastern Shore, representing employee contributions for the last calendar year.

This generous contribution will impact Lower Shore residents in need in the areas of education, financial stability and health by providing 1,794 books for preschool-aged children in low-income households, 27,789 pounds of emergency food to fill the shelves of a local food pantry and 267 meals and a friendly check-in for 32 homebound seniors.

The Bank of Delmarva has remained an independent, full-service community bank since it was chartered in 1896.

“It is our pleasure to give back to our local community that we have served for so many years,” said John Aukward, vice president and branch manager of The Bank of Delmarva. “Not only is this the season for giving, but it is also our duty as a community bank to support our neighbors in need all year long. United Way has the reputation for responsible stewardship of our contributions, and we hope that this is the beginning of a long and successful relationship.” 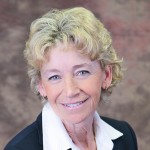 Peggy Welsh has been promoted to executive vice president. Welsh has been with the bank for 37 years. During her career, she has primarily worked in the Ocean City market as a branch manager, and later, served as regional manager of the Ocean City area branches. In 2014, Welsh was promoted to chief of Branch Administration and relocated to the bank’s Main Office in Berlin. Welsh currently directs the operations, management and staffing of the bank’s entire branch network. 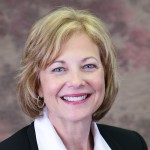 Tina Kolarik has been promoted to executive vice president. Kolarik has been with the bank for 34 years. During her career, Kolarik has managed several Taylor Bank branches, and later served as regional manager of the bank’s branches in Berlin, Ocean Pines and Southern Worcester County. In 2014, Kolarik was promoted to Chief Operating Officer. She currently directs the operations, management and staffing of the bank’s Information Technology, Electronic Services and Bookkeeping departments. 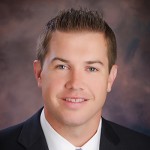 Dean Lewis has been promoted to vice president. Lewis has been with the bank for four years. In 2013, Lewis was promoted to chief financial officer. Lewis is a Certified Public Accountant and has over 13 years of experience in public accounting and taxation. He currently oversees the finance and accounting functions of the bank, including department personnel. Lewis is also a member of the bank’s Board of Directors. 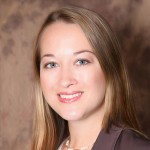 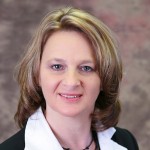 BERLIN – The local housing market closed out 2015 on a high note, showing solid increases in sales and contracts on the Lower Eastern Shore, according to the latest figures from the Coastal Association of REALTORS® (CAR).

In 2015, single family home sales increased by about 17 percent compared to 2014 in the entire Tri-County area. Contracts, or pending sales, also increased by 17 percent and listings increased by 3 percent. The average sale price decreased by roughly 1 percent.

Terrence McGowan, a REALTOR® with Berkshire Hathaway HomeServices PenFed Realty in Ocean City and a member of the CAR Board of Directors, said activity is still up in Worcester County.

“Buyers are coming into the area and actually looking and sellers are becoming more realistic about the values of their properties,” McGowan said. “As far as inventory, short sales and foreclosures are no longer the majority of the inventory, which is the reason there are less and less new listings each year. Money is still readily available and interest rates are still at an all-time low. I think that buyers are still waiting to see where the economy is going to go, especially heading into an election year.”

Joel Maher, a REALTOR® with Coldwell Banker Residential in Salisbury and Vice President of CAR, said Wicomico County’s market is poised to continue to improve as its inventory of foreclosures is alleviated.

“That’s always going to suppress the market because these properties are generally not well maintained, and boarded up homes with tall grass create a lot of doubt in the long term stability of a neighborhood,” Maher said. “But the good news is that these properties are selling. Foreclosure agents are very busy. We’re also seeing less and less short sales, which is very positive.”

Maher added that the trend in Wicomico County of increased contracts and sales in general will definitely continue into 2016.

Neda Cox, a REALTOR® with Long & Foster in Salisbury who deals primarily in Somerset County real estate, said she is seeing a rebound in new construction, which is a good indicator of increased market activity in 2016.

“We’re seeing new construction in Somerset subdivisions that fall into the $200,000 price range, which will help increase that average sale price as well as boost our inventory numbers,” Cox said. “Right now we do still have a few bank foreclosures, which are really impacting the average sale price. If we can get those out of the way, I think we’ll see prices in Somerset come back up.”

Nationally, according to Lawrence Yun, chief economist for the National Association of REALTORS®, the pent up demand for buying in recent years finally broke out in a meaningful way in 2015, fueled by sustained job growth in many parts of the country and rising home values giving more homeowners the incentive to sell – a trend that is expected to continue in 2016.

“Sales activity in 2016 will once again be primarily driven by the ongoing release of more pent-up sellers finally realizing their equity gains and using it towards the down payment on their next home,” Yun said. “Home sales reached 5.3 million by the end of 2015 and are expected to expand 3 percent to around 5.45 million in 2016.”

“However because a lot of our sales on the Shore are second homes, we may be the last to fully recover,” Moran said. “Inventory numbers decrease more and more each year, which is a good sign. However our prices have not made a significant increase, so it’s still a very good time to buy real estate.”

The Federal Reserve’s recent decision to raise the benchmark interest rate by 0.25 percentage points is not expected to impact the real estate market, according to Jamie Wetzelberger, a loan officer with SunTrust Mortgage in Ocean City and an affiliate member of CAR.

Yun expects mortgage rates to gradually move upward towards 4.5 percent by the end of 2016. The rates are currently just under 4 percent.

“Another year of stronger housing demand and sales will be driven by increasing consumer confidence and solid job growth,” he said. “The one variable to even higher sales will be if supply can keep up enough to keep a lid on prices, especially with mortgage rates on the rise.”

Local community members will continue to have access to quality diabetes education services, including one-on-one and group counseling, workshops and diabetes product education and training.

Diabetes self-management education is a process led by certified diabetes educators that helps people with pre-diabetes or diabetes learn how to self-manage their condition. The goal is to equip each person with the necessary knowledge and confidence to make informed decisions about their diabetes. Accreditation ensures that each program meets the National Standards for Diabetes Self-Management Education and Support.

“Being in the healthcare profession, we care about the health and well-being of the people in our community,” said John Motsko, Apple Certified Diabetes Educator®. “With the rate of people living with diabetes on the Shore almost doubling the national rate, we know there is a need for specialized diabetes services and counseling. It is our goal to empower people to learn how to manage diabetes and live a better quality of life. This reaccreditation symbolizes our commitment to excellence in supporting healthy lifestyles and providing the best quality care to our customers and our community.”

“Medication choice selection in the last several years has become extremely complex, and in some cases, very expensive,” said Twigg. “We assess the medications each patient is taking or could possibly take in the future for efficacy, affordability, safety, drug interactions and ease of compliance.”

“The value of having a clinical pharmacist who is also a CDE work with patients, is that we are the experts in drug therapy and can help patients and providers make the right choices in this complex selection process,” said Jeff Sherr, President, Apple Discount Drugs. “The average person with diabetes takes eight medications (may not all be related to diabetes) and drug selection can become extremely complex. Our team at Core Clinical Care is here to help patients make good choices.”

Doctors, hospitals and health care providers establish ACOs in order to work together to provide higher-quality coordinated care to their patients, while helping to slow health care cost growth. PRCIN will be one of 434 ACOs participating in the Shared Savings Program as of Jan. 1. Beneficiaries seeing health care providers in ACOs always have the freedom to choose doctors inside or outside of the ACO. ACOs receive a portion of the Medicare savings generated from lowering the growth in health care costs as long as they also meet standards for high quality care.

“People across America are going to be better cared for when they go to their health care providers, because these hospitals and providers have made a commitment to innovation, a commitment to change how they do business and care for patients,” HHS Secretary Sylvia Matthews Burwell said. “Medicare, and the health care system as a whole, is moving toward paying providers based on the quality, rather than just the quantity of care they give patients. The three new ACO initiatives that are being launched today mark an important step forward in this effort.”