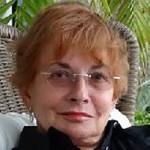 Ellen was born in Berlin on Sept. 8, 1940. She was the daughter of Reese F. Cropper, Sr. and Virginia Esham Cropper, now deceased.

She is survived by a sister, Joan C. Vetare and her husband Frank of Berlin, and a brother, Reese F. Cropper, Jr. of Deerfield Beach, Fla. A sister, Patricia Cropper Wilde, pre-deceased her. In addition, there are several nieces and nephews and many cousins.

Ellen graduated from Stephen Decatur High School in Berlin. She then graduated from Penn Hall, Chambersburg, Pa, and obtained a Bachelor’s degree from Richmond Professional Institute (RPI) in Richmond, Va. She had a successful career on Wall Street, first working at a bank and then with several investment firms on Wall Street. Her primary position was with the stock options division of Jefferies & Company, becoming a vice president and was the first female manager of a Wall Street options department.

After leaving the investment business, she was in real estate sales on Long Island, N.Y. Ellen had retired to Palm Beach County, Fla. in 2005 and was a resident and member of St. Andrews Country Club in Boca Raton, where she held the women’s nine-hole Golf Championship for five years.

Ellen requested her remains be cremated and no formal service be held.

Born in Salisbury, she was the daughter of Winifred J. Riley and the late George Edward Riley Sr. 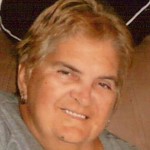 She is survived by her husband, Jay Wimbrow; son Jay Calvin Wimbrow II and his wife Amanda; daughter Leigh Ann Adams and her husband Joseph; grandchildren Jay Calvin Wimbrow III, Joseph David Adams Jr., Jaxon Lee Adams and Daniel Layton Robbins Jr.; sister Sandra Marie Bishop; George Edward Riley Jr. and his friend Lynn Hackensmith; and several nieces and nephews. In addition to her father, she is predeceased by a daughter, Lindsay Ann Wimbrow; her sister, Patsy Elaine Whitlock; and her beloved rottweiler, Santana. She was retired from Piedmont Airlines and enjoyed her time working at the Crab Shack.

Barbara enjoyed camping, shopping and giving to others, being with her three grandsons and was also a very talented cake maker and designer. She will be sadly missed by all the lives she touched.

A funeral service was held Monday, Dec. 28, 2015 at Burbage Funeral Home in Berlin. Interment was in Bowen Cemetery in Newark. In lieu of flowers, donations may be sent to the Barbara Ann Wimbrow Memorial Fund, c/o Taylor Bank, 24 N. Main St, Berlin, Md. 21811. Letters of condolence may be sent to the family at www.BurbageFuneralHome.com

Sean was born in Baltimore and lived in Port St. Lucie for the last two years, coming from Ocean City. 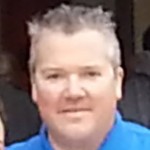 It is with great sorrow that we must share the news of the sudden passing of Michael Sean Fischbeck, PGA. Sean joined the PGA Golf Club last year as an Assistant Golf Professional and quickly became an integral part of the team. Always eager to help members and guests alike, he embodied all that makes a PGA Professional such an honorable career and PGA Golf Club such a special place.
A PGA Member since 1994, he began his career as an Assistant Golf Professional at Turf Valley Country Club in Ellicott City, Md. Sean was a Head Golf Professional for more than half of his 21-year tenure as a PGA Member.
Recently, Sean was promoted to Tournament & Events Manager at PGA Golf Club. In perfect Sean fashion, he embraced this new opportunity with humility and overwhelming excitement.

Sean’s love for the game, fellow staff members, club members and junior golf development was undeniable. His professionalism, warm personality, sense of humor and admiration for his family were evident to all who knew him. Sean was truly one of a kind. Sean enriched the lives of everyone who had the good fortune to meet him. He will be deeply missed.

Additionally, an account at PGA Golf Club has been established in his memory to assist his family during this difficult time. Please inquire in the Golf Shop for more details. A Memorial Golf Tournament will be established at PGA Golf Club, details to follow.

Born in Footedale, Pa., he was the son of the late Peter and Helen (Merick) Pikulsky.

Mr. Pikulsky is survived by his wife of two years, Diana Robinson, of Berlin. He is also survived by his former wife of 35 years, Julia Panella Pikulsky of Ocean City; his brother, Edward Pikulsky of Salisbury; three children, Theodore T. Pikulsky, Jr. and wife Patrice of Selbyville, Brian Pikulsky and wife Teresa of Annapolis and daughter Paula Curran and husband Matthew of Cabin John; grandchildren, Theodore T. Pikulsky, III of Washington, D.C., John R. (JR) Pikulsky, serving with the United States Peace Corps in Mali, Africa, Kaleigh and Ellie Pikulsky of Annapolis and Julia, Anna and Sean Curran of Cabin John. He is survived by several nieces and nephews.

Mr. Pikulsky owned and operated Dixieland in New Church with his son, Theodore (JR) and daughter-in-law, Patrice, from 1989 until his retirement due to health concerns in 2010. Mr. Pikulsky was a builder/developer of commercial and residential properties in Virginia, Maryland and Delaware with one of his most notable local projects the construction of the Hawaiian Village in Ocean City. Mr. Pikulsky graduated from the University of Maryland with both a BA and MA in History after serving in the United States Army. He was an avid boater, classic car collector and a licensed private pilot.

A Memorial Mass will be celebrated on Saturday, Jan. 2 at Holly Name of Jesus Catholic Church, Pocomoke at 11 a.m. Luncheon will follow at the Community Center located next to the church after the Mass. Donations in Mr. Pikulsky’s memory can be sent to The Reverend William J. Porter Altar Server Scholarship, c/o Peggy O’Malley, St. Luke Catholic Church, 14401 Sinepuxent Avenue, Ocean City, Md. 21842, a scholarship established by grandson, Ted, III, in 2003.