OCEAN CITY — An Ocean City man was arrested last week for two area burglaries in addition to charges stemming from several marijuana plants being found in his home during his arrest. 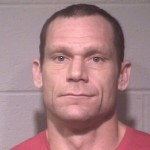 On Dec. 23, 2015, at approximately 1:50 p.m. Ocean City Police responded to a restaurant in the area of Jamestown Road and Coastal Highway for a report of a burglary that had already occurred. Video surveillance showed that a man had broken into a cooler in the rear of the restaurant several hours earlier and had stolen alcohol, energy drinks and meat. Through investigation, officers were able to identify the suspect as Thomas D. Palenchar, 40, of Ocean City. A warrant was issued for his arrest on Dec. 24.

On Dec. 24, at approximately 8:30 a.m. Ocean City police responded to a Jewish center located in the area of 137th Street and Coastal Highway for another report of a burglary. The suspect broke a window, entered the building, damaged and stole numerous religious items.

Later that day at approximately 1 p.m., officers responded to a home on Captain Quarters Road to serve a warrant on Palenchar for the restaurant burglary. When officers arrived, they noticed numerous items stolen from the Jewish center in the home. Also in the home were over 35 marijuana plants and marijuana that had previously been harvested.

Police have charged Palenchar with second degree burglary, two counts of fourth degree burglary, theft of greater than $1,000, two counts of theft less than $1,000, malicious destruction of property, manufacturing a controlled dangerous substance, possession of marijuana with intent to distribute and possession of marijuana. He was seen by a Maryland District Court Commissioner and was transferred to the Worcester County Jail on $100,000 bond.

SALISBURY — A Salisbury man was arrested last week on child abuse charges after allegedly assaulting his 5-year-old nephew because the juvenile was playing with his Pokemon cards. 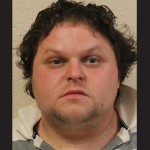 Around 4:40 p.m. last Tuesday, a Wicomico County Sheriff’s deputy responded to a residence on Phillip Morris Drive for a reported physical altercation. Upon arrival, the deputy learned a suspect identified as Kyle Burford, 29, of Salisbury, had assaulted a child. The deputy learned Burford was the child’s uncle and they lived in the same residence.

During the investigation, the deputy learned Burford was upset because the child was playing with Burford’s Pokemon cards. According to police reports, Burford struck the child hard enough that he knocked him off his feet and into a wall. Burford was arrested and charged with second-degree assault and second-degree child abuse. He was arrested and ordered to be held on a $20,000 bond.

Shortly before 8 p.m. last Saturday, an NRP officer on patrol near Sims Road in Worcester observed a blue pick-up truck behaving in a suspicious manner, including shining a light into a farm field, an illegal activity known as spotlighting. When the officer stopped the vehicle, he observed the driver, later identified as Josh Brandon Marlowe, 51, of Ocean City, attempting to discard a hypodermic needle.

Officers detained Marlowe and an unidentified passenger and during a subsequent search discovered 14 bags of heroin as well as an additional hypodermic needle. For his part, Marlowe said this week the heroin was not his and that it belonged to the unnamed passenger, who gave it to Marlowe when the NRP officer pulled over the truck. Marlowe said the passenger had an outstanding warrant and was concerned about getting caught with heroin and therefore handed it to him.

Nonetheless, Marlowe was charged with possession of heroin and paraphernalia. He was taken before a District Court Commissioner and was released on personal recognizance.

OCEAN CITY — An Ocean City woman, arrested on a slew of charges in November following an incident that began at the Ocean City Library, pleaded guilty last week in District Court and was sentenced to 30 days in jail.

Around 10:45 a.m. on Nov. 3, an OCPD officer was dispatched to the public library on 101st Street in an attempt to locate a wanted female, identified as Wendy Carroll, 41, of Ocean City. The Maryland State Police Berlin barrack contacted the OCPD with information that Carroll was in the library and was wanted on an active warrant. The MSP also advised the OCPD to use caution as Carroll had allegedly previously assaulted a state trooper, according to police reports.

The OCPD officer arrived at the library and learned Carroll had been there, but had left the area in a gray Hyundai Elentra. A description of the suspect and the vehicle was broadcast and another OCPD officer spotted Carroll traveling southbound on Coastal Highway in the area of 33rd Street. The officer turned around and got behind Carroll’s vehicle with his lights activated in the area of 19th Street and Coastal Highway.

Carroll pulled over to the right side of the highway around 17th Street, but then turned abruptly to the left and started to travel east on Coastal Highway. At that point, Carroll abandoned the vehicle, which was now blocking two lanes on southbound Philadelphia Avenue and fled on foot, according to police reports.

Carroll fled westbound on 17th Street with her vehicle still blocking Philadelphia Ave. The OCPD officer caught Carroll on 17th Street and she stopped running and crossed her arms, but refused to cooperate with the officer’s instructions. According to police reports, Carroll instead launched into an expletive-laced tirade and at one point advised the officer to “go ahead and shoot her.”

The OCPD officer then displayed his Conducted Electronic Weapon (CEW) and advised Carroll he was going to have to Tase her if she did not cooperate, to which she allegedly replied “ [expletive deleted] Tase me then, I don’t care.” According to police reports, when two other officers approached Carroll from behind in an attempt to handcuff her, she continued to walk away, forcing the original officer to taze her.

According to police reports, the entire incident caused dangerous situation for numerous people in the area. With Carroll’s vehicle blocking Philadelphia Ave., multiple vehicles swerved to avoid hitting it and one vehicle struck the curb in the median.

Last week, Carroll pleaded guilty to resisting arrest and was sentenced to 60 days, 30 days of which were then suspended. She was also placed on probation for two years and fined $200.

SALISBURY — A Delaware man arrested in November for swiping a fellow passenger’s wristwatch from a security X-ray conveyor belt at the Salisbury-Wicomico County Airport pleaded guilty last week to theft and was sentenced to 10 days in jail, fined $200 and placed on two years probation.

Surveillance video from the incident on Nov. 1 revealed a traveler placing his wristwatch on the conveyer belt of the X-ray machine and going through the passenger screening process. The passenger passed through the screening area and collected his possessions on the opposite end, but inadvertently did not retrieve his Omega wristwatch as it came out of the X-ray machine.

After the passenger boarded his flight, Morrow allegedly placed the watch on his own wrist and boarded his own flight. The investigating Wicomico County Sheriff’s deputy learned Morrow was scheduled to return to the airport on the evening of Nov. 4. The deputy met Morrow when his flight landed and found he was still wearing the allegedly stolen watch. Morrow was arrested and charged with theft from $1,000 to $10,000.

Around 2 a.m. on Dec. 20, Peninsula Regional Medical Center contacted Salisbury Police to report an individual was being treated for a single gunshot wound. Salisbury Police arrived at the hospital and met with the victim and PRMC medical staff.

Within hours, Salisbury Police and the Capitol Area Regional Task Force were able to locate and arrest Cannon, Schoolfield and Brittingham for their involvement in the incident. Salisbury Police detectives were also assisted in the investigation by the Delaware State Police.

Search and seizure warrants were completed, which resulted in additional evidence being obtained. The victim is being treated at PRMC for gunshot injuries, which are considered serious, but not life threatening. Schoolfield has been charged with attempted first-degree murder, first- and second-degree assault, reckless endangerment and the use of a firearm in the commission of a felony. Brittingham and Cannon have each been charged with conspiracy to commit first-degree murder, second-degree murder, first- and second-degree assault and reckless endangerment.