OCEAN CITY — Louise Lee Gulyas, age 81, passed away Thursday, December 17, 2015 at Atlantic General Hospital in Berlin. Born in Philadelphia, she was the daughter of the late Thomas and Louise Elliot Lee. She was preceded in death by her husband Stephen Joseph Gulyas, Sr. in 1994, and by her daughter Louise Marian “Mimi” Peuser in August of 2015. She is survived by her daughter, Laura Jeanne Gulyas of Berlin, and two sons, Stephen Joseph Gulyas, Jr. and his wife Margaret of Jacksonville, N.C., and Thomas Lee Gulyas, his wife, Belinda, of Berlin. She was an adored grandmother to five grandchildren, Stephen Joseph Gulyas, III and his wife Megan of Berlin, Heather Margaret Gulyas of Jacksonville, N.C., Michael William Gulyas of Jacksonville, N.C., Olivia Louise Peuser of Berlin, Thomas “T.J.” Gulyas, Jr. of Berlin and three great-grandchildren. 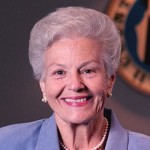 A Mass of Christian Burial will be held on Wednesday, Dec. 30, 2015 at 11 a.m. at Holy Savior Catholic Church in Ocean City. Visitation with the family will begin at 9:30 a.m. Rev. Stanislao Esposito will officiate. Interment will be private for the family. In lieu of flowers, a donation in her memory may be made to Holy Savior Catholic Church, 17th and Philadelphia Ave. Ocean City, Md. 21842, or to the Ocean City Senior Center, 104 41st St. Ocean City, Md. 21842. Letters of condolence may be sent via: www.burbagefuneralhome.com

SALISBURY — Neil “Buck” Brown, age 84, passed away suddenly from cardiac arrest at PRMC on Friday, Dec. 18, 2015. Buck was born in East McKeesport, Pa. and was the son of the late Harry M. and Ruth B. Brown of Ocean City. 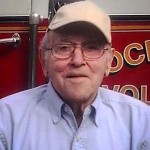 In addition to his parents, he was preceded in death by his daughter, Margo Susan Barker (2007); brother, Captain Dale Brown; and sister, Marilyn Balderson.

Buck grew up in Ocean City and established “Neil B. Brown, Tile Contractor” in the mid-1950s. He took great pride in his craft and would often point out the homes, motels and restaurants where his tile work still stands today. In the 1970s, he opened “Buck’s Place,” a store and restaurant located on the way to Assateague Island, which enabled him to combine his love for the island with his passion for business. He is also greatly remembered for sitting in front of Buck’s with his German Shepard “Freemont,” his best friend and true companion, while enjoying an ice cream cone together.

He served in the US Navy during the Korean Conflict and was a member of the American Legion Post 166 in Ocean City.

He was a founding member of the “Assateague Beach Buggy Association,” known today as AMSA, where he was a life member.

He was a life member of the Ocean City Volunteer Fire Company where he held several offices and was instrumental in establishing the Ambulance Squad and Cadet Program in the early 1960s.

Buck’s wishes were for his body to be donated to the Maryland Anatomy Board of Maryland for medical education and research.