POCOMOKE — One local man is dead and two sisters are being held without bond after an alleged murder outside a Pocomoke convenience store on Monday.

Shortly after 1 p.m. on Monday, Pocomoke Police responded to a 911 call reporting a domestic dispute at a gas pump outside the Duck Inn convenience store. Arriving officers found the victim, identified as Derrick Collick, 25, of Pocomoke, with what appeared to be a stab wound to his upper body. The preliminary investigation indicated Collick was inside the store at the time of the incident. 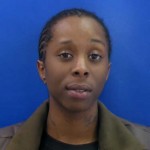 Investigators believe Collick exited the store to help break up the domestic dispute at the gas pump when he was stabbed. Police also believe Collick knew the individuals involved in the dispute. Collick was transported to PRMC in Salisbury with an apparent stab wound and later succumbed to his injuries. The victim’s body was transported to the Office of the Chief Medical Examiner in Baltimore for an autopsy.

Pocomoke Police were assisted by the Worcester County Sheriff’s Office and the Worcester County Bureau of Investigation (WCBI) in the initial investigation. Witnesses were able to provide police with information about the suspects involved in the incident and the vehicle they were driving, touching off a manhunt throughout the afternoon and into the evening on Monday across the Lower Shore. 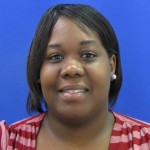 Two of the suspects were identified by witnesses as Kaniesha Johnson, 22, of Pocomoke, and her sister, Latoya Johnson, 30, of Salisbury. On Monday evening, Kaniesha Johnson was located at a residence on South East Railroad Ave. in Hebron and was taken into custody without incident by the Maryland State Apprehension Team. She was been charged with first- and second-degree murder and conspiracy to commit first- and second-degree murder.