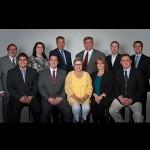 BERLIN — The Coastal Association of REALTORS® (CAR) installed its 2015-2016 Board of Directors at a special ceremony earlier this month at the Captain’s Galley in Ocean City.

Linda Moran, a REALTOR® for Berkshire Hathaway HomeServices PenFed Realty and a CAR member since 1991, was installed as president of the association’s board.

“It is an honor to serve as president of Coastal REALTORS® for the upcoming year,” Moran said. “In my tenure, our association will focus on education of REALTORS® to ensure buyers and sellers on the Lower Shore are getting the most professional and top notch service possible.” 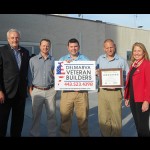 The grant is intended to help REALTOR® associations partner with others to plan, organize, implement and maintain placemaking activities in their communities. CAR is the first REALTOR® association in Maryland to receive a NAR placemaking micro-grant. CAR will also contribute $300 to the project, for a total downtown improvement valued at $2,300.

CAR and Berlin’s Economic Development Office will use the funds to construct a community art kiosk at the Berlin Visitor’s Center on Main Street. The kiosk will contain a chalkboard which will bolster community interaction. Each month, the Town of Berlin will write a different question on the board. These questions will be designed to bring residents and visitors together by making them think about what a positive, strong community is made of. For example, a question could be, “What’s your definition of a community?” The whole community will be welcome to write their answers on the board.

While visiting the kiosk, residents will be encouraged to get more information about America’s Coolest Small Town inside of the Visitor’s Center. There is also seating available in the area of the kiosk, as well as various locally-owned shops and restaurants. Free Wi-Fi access is available in Downtown Berlin.

“This grant will allow us to address areas in our community that are in need of improvement or redevelopment and create a place where friends and neighbors can come together,” said Linda Moran, president of CAR.

Monty Sayler was elected chairman of the Health System Board of Directors and chairman of the Peninsula Regional Medical Center Board of Trustees.  Sayler is the Senior Vice President and Salisbury Market President of the Bank of America.  Initially elected to the Board in 2007, Sayler has also served as Treasurer and Vice Chairman. Sayler replaces William McCain, who has served as chairman to both the Peninsula Regional Medical Center and Health System Boards from October 2013 through the Oct. 1 meeting this year.

Elected Vice Chairman of both governing bodies was Herb Geary, who has previously served the board as its treasurer and was initially elected to the Board in 2008.  He is the Chief Executive Officer of TGM Group, LLC.

Debbie Abbott, Senior Vice President and Lending Group Manager at the Bank of Delmarva, was re-elected as Secretary of the Health System and Medical Center Boards. Abbott first joined the board in 2011 and has served as its secretary for the past two years.

Elected Treasurer of both boards was Ryan McLaughlin, who joined the Board in 2012.  He is the President of Dennis Sales, Ltd. This is his first board leadership position.