BALTIOMRE — Thomas E. Kelso, who co-founded and operated a successful petroleum distribution business in Worcester County and who lived in Ocean City for more than 25 years, is the new chairman of the Maryland Stadium Authority. 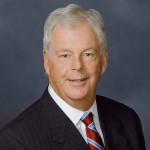 The Maryland Stadium Authority, best known for the building and management of the Camden Yards Sports Complex, has been involved in studying, building and financing projects on the Eastern Shore since its earliest days.

In 1997, the Stadium Authority completed the first of several renovations and expansions of the Roland Powell Convention Center in Ocean City. Since then, they have overseen construction of the bayside ballroom addition and the performing arts center that opened in December 2014.

The Stadium Authority is now studying the feasibility of expanding the exhibit area and overall parking needs of the facility.

Other studies performed by the Stadium Authority include enhancements to Arthur Perdue Stadium. Most recently, MSA has been asked to do a market study for a proposed arena and sports complex to be located in Worcester County.

From 1976 to 1991, Kelso was the co-founder, 50% stockholder and CFO of Ocean Petroleum Co., Inc., an independent petroleum marketer and branded distributor for Exxon USA, Sunoco and BP in Maryland, Delaware, Pennsylvania and Virginia.

Prior to joining Matrix, he previously consulted with clients on mergers and acquisitions, corporate restructuring and refinancing, primarily within the petroleum industry, at Kennilworth Holdings, Inc.

“Tom Kelso offers a wealth of financial and management experience in serving Maryland,” Governor Larry Hogan said of the appointment. “The Maryland Stadium Authority is an ideal place for his energy and interests.”

The project took a total of four months and included a full interior and exterior remodel and renovation with the installation of a new roof, exterior finishes and all new interior surfaces.

“We are very happy with the final product,” said Gidget Carey, manager of the Eastern Shore Medical Center. “Our business will not be disrupted because of the timing and efficiency of the project delivered by DVB.”

“We were happy to have the opportunity to accommodate a returning client,” said Chris Eccleston, Delmarva Veteran Builders. “We are pleased we were able to deliver a quality product in a timely manner.”

Eastern Shore Medical Center is a group medical practice and has recently grown to six doctors. The new space will be three times the size of the original office space.

BALTIMORE — Maryland Capital Enterprises (MCE) was awarded $1 million from revenues generated by the state’s casinos to provide small business loans to businesses that are seeking to open or expand in Worcester and Cecil Counties.

The State’s Small, Minority and Women-Owned Business Loan Fund was approved by the Board of Public Works to receive a total of $11.1 million in FY 2016 to make loans and investments in small, minority and women-owned businesses statewide. The program receives 1.5 percent of video lottery terminal revenue from Maryland casinos.

MCE is slated to receive $1 million to help businesses with priority given to those located or created within a 10-mile radius of Ocean Downs in Berlin and Hollywood Casino in Perryville.

“Small businesses fuel Maryland’s economy and we are pleased to be able to support them through this program,” said Governor Larry Hogan. “Creating jobs and providing more opportunities for Marylanders is one of our administration’s top priorities and programs like this play a big role.”

State legislation that authorized casinos to operate in the state included a requirement that 1.5 percent of video lottery terminal revenue generated be allocated to help Small, Minority and Women-Owned Businesses in the state. DBED set up the grant program and awarded the management of the funds to loan fund managers who competed for the award. MCE won a five-year contract to manage $1 million, which is renewable at the end of five years. This is the second time MCE has won this award.

“MCE is pleased once again to be selected to administer these funds,” said George Koste, executive director of Maryland Capital Enterprises. “This funding will significantly increase our ability to help businesses in our service areas.”

“Gillis Gilkerson is proud to serve the Ocean City Beach Patrol with a new space to call home,” said Dwight Miller, president of Gillis Gilkerson. “As first responders, these men and women train hard to keep our community and visitors safe on the beach. They definitely deserve a permanent home.”

“Doing a project like this is a true team effort and we certainly couldn’t have accomplished our goal without the hard work and dedication of our employees and partners,” said Ocean City Mayor Rick Meehan. “This building is befitting of the professionalism of our citizens in Ocean City, from the beach patrol to our police department and beyond. Everyone who had a hand in this beautiful new home for our beach ambassadors should be very proud. It was long overdue and it was certainly worth the wait!”

Gillis Gilkerson worked with Becker Morgan Group Architects to guarantee the proper materials and methods were used to produce a quality building within budget and under the projected timeline. 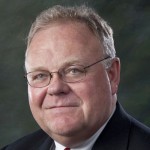 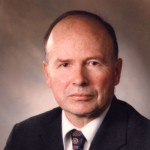 SALISBURY — Martin T. Neat of Salisbury was recently named chairperson and William H. Kerbin of Pocomoke City was named vice chair of the board of trustees at Wor-Wic Community College.

Neat, who was appointed to the board in 2011, served as vice chair from 2013-15. In 2002, he chaired a fundraising campaign at Wor-Wic that raised $3 million for technology, nursing and child care. Neat has been president and chief executive officer of the First Shore Federal Savings and Loan Association since 1991.

Kerbin was appointed to the board in 1981 and served as chair from 1984-85 and 1997-99 and as vice chair from 1995-97. Prior to retirement, Kerbin served as the editor of the Worcester County Messenger in Pocomoke City.

The space is 7,000 square feet and Concord signed a three-year lease followed by a five-year option. This is the second Concord Pet Foods location in Maryland and the first on the Eastern Shore. Insley represented the tenant and SVN-Miller Advisor Bill Moore was the listing agent.

Concord Pet started in 1978 out of a trailer at Larry’s Mobile. Originally the Mutschler family was looking for a way to feed the family horses. In 1981, Larry Mutschler opened his first retail location on Concord Pike in Wilmington, Del. There was only one employee in a 1,000-square-foot building. The company grew to nine locations by 1998 and today Mutschler and his children run the company, which has grown to 29 locations from Malvern, Pa. to Seaford, Del. and now Salisbury.

“We have been eying the Salisbury market ever since we opened our Seaford, Del. location and now was the right time to make our move. Working with Sperry Van Ness – Miller Commercial Real Estate was a great pleasure and Tonney was always available to us and had our best interests in mind. We are excited to be in Salisbury and hope to be open in several months,” said Mutschler.

SALISBURY – The number of homes sold increased in much of Maryland’s Eastern Shore region in June, according to The Long & Foster Market Minute reports.

Inventory decreased in the Eastern Shore region when compared to year-ago levels, according to June data. Both Caroline and Worcester counties saw decreases of 14 percent, followed by a 10-percent drop in Wicomico County. Active inventory in Dorchester County decreased by 5 percent, and decreased by 3 percent in both Queen Anne’s and Talbot counties.

In most areas of the region, homes are selling in three to six months on average, according to the June data. Wicomico County experienced an average days on market of 98 days, followed by Queen Anne’s County at 101 days. The rest of the region saw homes selling between 107 to 168 days on average.

“The United States’ economy has been doing well this year, and as of June, consumer confidence has remained up 16 percent over last year. This positivity has shown in the real estate market, including in the Eastern Shore region, where we saw more homes sold this June,” said Jeffrey S. Detwiler, president and chief operating officer for The Long & Foster Companies. “Many industry experts are predicting rising interest rates in the fall, and I’m optimistic that the second half of 2015 will bring more improvements.” 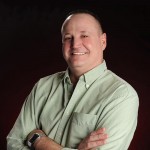 Licensed since 2006, Flaim specializes in listing and selling Delaware resort real estate from Slaughter Beach to Fenwick Island. Before embarking on his real estate career, Flaim was a civil engineering land surveyor for Merestone Consultants in Rehoboth Beach, where he participated in the layout of the new Rehoboth Beach streetscape, including the location of the lighthouse in the circle. He also worked in the medical field as an orthopedic x-ray technologist at Orthopedic Associates of Southern Delaware.

“We are very excited to add Rich to our success team,” said Brigit Taylor, ResortQuest’s broker of record. “With his past experience, combined with his energy, enthusiasm and customer service skills, we are happy to add him to our success team.”