The following is the latest installment in an occasional series about the progress of standout local student-athletes that have gone on to succeed at the next level in their college careers. 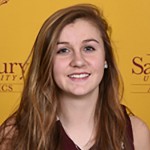 The Salisbury University women were 10-2 overall and 6-0 in the Capital Athletic Conference (CAC) heading into this week thanks to a 19-2 rout of Wesley College last Saturday. The Seagulls got a big boost from a pair of former Stephen Decatur and Worcester Prep standouts, now freshmen at SU, who combined for seven goals and five assists.

Former Seahawk Sammi Quilter led the Salisbury attack with a career high four goals to go along with four assists against Wesley. Quilter now has five goals and eight assists overall on the season. Former Worcester Prep standout Alissa Talbert, who also a freshmen, also had a big game against Wesley with three goals, the first hat trick of her young career, to go along with an assist.

Alissa Talbert now has six goals and two assists as a freshman. Her sister Katelin Talbert, also a 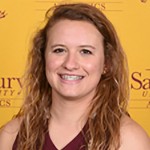 former Mallard, who is now a junior, has been a steady player at Salisbury and has seven goals thus far this season. Last year, Katelin Talbert was named to the CAC All-Academic Team. In a 15-2 win over Christopher Newport on Tuesday, Katelin Talbert had two goals and Alissa Talbert scored one goal.