SNOW HILL — In the wake of the tragic mass shooting in Newtown, Conn. last Friday, school officials in Worcester and Wicomico counties acknowledged the need to discuss and potentially upgrade security in local schools.“Our school system was safe for the times we had and all of that changed on Friday,” said Worcester Board of… Read more » 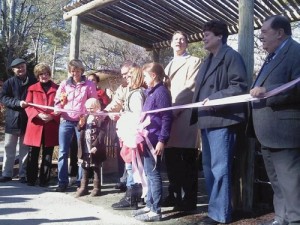 SALISBURY — Unwilling yet to fully endorse a Memorandum of Understanding (MoU) between the city and the Eastern Shore branch of the International Mountain Bicycling Association (ESIMBA) for trail preservation, the Salisbury City Council did agree to keep the issue on the table while they examine the trails and consider possible impact.While not the total… Read more »

OCEAN CITY — The St. George’s Greek Orthodox Church this week got approval from the Mayor and Council to hold its annual Blessing of the Waters ceremony on the beach at 90th Street in January after the original plan to host it at the Inlet pier was derailed because of damage to the structure caused… Read more »

OCEAN CITY – Delmarva Power & Light’s proposed expansion of its substation in north Ocean City, which has been the subject of extensive debate in recent weeks, provided a rather chippy exchange between a former councilman and the town’s attorney.Delmarva Power & Light (DP&L) has proposed a significant expansion at its substation in the area… Read more »

SNOW HILL — To keep popular After School Academies (ASA) alive at several local middle and elementary schools, the Worcester County Commissioners voted unanimously Tuesday to provide $300,000 worth of funding to support the programs through the end of this school year.While all of the commissioners have addressed how tight this coming budget season will… Read more » 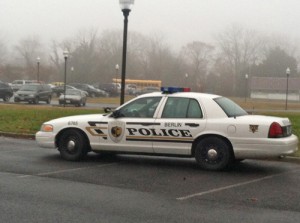 SALISBURY — Sheriffs in both Worcester and Wicomico counties are promising more training for officers and a focus on school violence response after the shooting deaths at Sandy Hook Elementary School in Newtown, Conn.Wicomico County Sheriff Mike Lewis said this week that after learning of the shooting he began meeting with counterparts at the local… Read more »

OCEAN CITY — Outgoing Ocean City Police Chief Bernadette DiPino was honored this week with recognition and a key to the city from the Mayor and Council and special commendations from the town’s representatives in Annapolis including the governor.At the outset of Monday’s Mayor and Council meeting, Councilman Joe Mitrecic, speaking on behalf of the… Read more »