OCEAN CITY – With no action from the county on Ocean City’s request for support on the tax differential, the Ocean City Mayor and Council has asked Delegate Jim Mathias to go ahead with the legislation without the county’s support.The town sent the letter Tuesday.“That was a parallel path to follow for legislation,” saidOcean City… Read more » 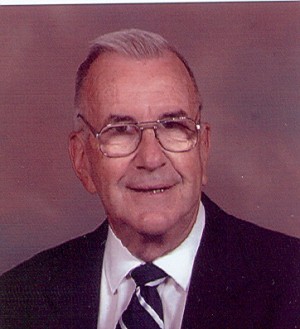 BERLIN – Berlin and all of Worcester County lost a patriarch this week when Raymond Davis Coates, Sr. passed away on Sunday at the Coastal Hospice at the Lake in Salisbury at the age of 79.Coates touched thousands of lives in his native Berlin and throughout Worcester County as a prominent attorney and, perhaps, more… Read more »

SNOW HILL – Controversy over legislation permitting Worcester County service clubs to host slot machines for charitable fundraising has emerged this week, after a letter was sent to local state legislators asking that a bill be drafted.The letter was not discussed at the most recent Worcester County Commissioner meeting, on Jan. 15, when a public… Read more »

OCEAN CITY – Discussions surrounding sexually oriented businesses appear to be coming to a close as the Mayor and City Council moves one step closer to passing ordinances outlining the zoning and licensing of sexually oriented businesses. City Solicitor Guy Ayres presented the Mayor and Council with two ordinances at a work session of the… Read more »

OCEAN CITY –With the 2008 summer season approaching, Public Works and the Mayor and City Council sat down this week to discuss the locally focused media campaign for bus service for 2008. Public Works Director Hal Adkins appeared before the Mayor and Council this week, requesting the annual allocation of roughly $50,000, to be used… Read more »

OCEAN PINES – A group of Ocean Pines residents who attempted to pursue potential slots revenue for the community, despite the Ocean Pines Association (OPA) Board of Directors decision to back off, have concluded that there is little chance of getting the slots law changed to funnel part of the revenues to Ocean Pines.Roseann Bridgman,… Read more »

BERLIN – A Berlin man was struck and killed by a car Saturday evening while trying to cross Rt. 113, prompting calls from the community for a lower speed limit on the Berlin section of highway.Harry Eckman, 48, tried to cross the busy highway at roughly 7 p.m. Saturday evening, choosing to cross near Franklin… Read more »

The Worcester County Youth Wrestling Junior Seahawks improved on their great season with a strong showing at a recent tournament at Sussex Central last week. The young wrestlers have scored well in tournaments all over the area this year including Mardela, Smyrna and Georgetown. Pictured above are nine of the Junior Seahawks at the match… Read more »

BERLIN- Before the big game on Sunday, local golf enthusiasts are encouraged to participate in a little pre-game golf action with the Super Bowl Scramble at Eagle’s Landing. The creative tournament features a traditional four-player scramble format with a coach (the team’s A player), a quarterback, a wide receiver and a running back. The scoring… Read more »