BERLIN- Stephen Decatur’s varsity football team did not help its chances of reaching the state playoffs with a 39-7 loss to visiting Wicomico last Friday in the rain and mud, a loss which will likely leave the Seahawks needing a little help to reach the post-season in their first year in Class 3A.Decatur hung around… Read more »

BERLIN- Stephen Decatur’s varsity volleyball team was rewarded this week for a successful 2007 campaign with a number-four seed in the state Class 3A-East Region tournament.The Seahawks finished with an impressive 13-2 mark overall including an 8-2 mark in the Bayside Conference. Decatur loss to Parkside, 3-0, back on September 20, and fell to James… Read more »

OCEAN CITY- With just two weeks remaining in the regular season, the Ocean City Recreation and Parks Department’s fall flag football league is one of the most competitive ever with one team atop the standings and four just one game back. Tequila Duffybird sits alone at the top of the Flag Football standings with a… Read more »

BERLIN- Stephen Decatur’s men’s varsity soccer team went on a wild roller coaster ride this week, beating Northeast of Anne Arundel County in a game that came down to penalty kicks on Monday before falling to Bel Air in the second round of the state Class 3A-East playoffs on Tuesday.The Seahawks, seeded 10th in the… Read more »

BERLIN- Stephen Decatur’s girls’ varsity soccer team’s first foray into state Class 3A competition ended last Thursday with a 2-1 loss to Atholton on the rainy, windswept field in Seahawk Stadium.In their first-ever competition in the state’s 3A tournament after moving up in class last year following restructuring based on enrollment figures, the Seahawks drew… Read more »

BERLIN – Three Berlin residents were arrested and charged last week with a variety of offenses from first-degree assault to resisting arrest after a donnybrook at a Bay Street apartment complex.On Oct. 20, Berlin Police responded to a residence on Bay Street for a reported fight in progress. The investigation revealed one man, George Nock,… Read more » 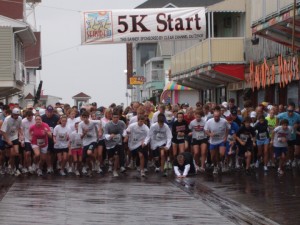 OCEAN CITY – Despite the wind and heavy downpours at race time last Saturday, the 15th Annual Mid-Atlantic Seaside 10 and 5K race drew decent numbers with hundreds of runners from all over the country participating in the annual event.The Seaside 10 is a 10-mile race that begins at the Inlet in Ocean City and… Read more »

OCEAN CITY – An Ocean City man was arrested early yesterday morning after holding his girlfriend against her will at knifepoint and threatening to kill her during a domestic argument.Chaka Ato Shabazz Brown, 30, of Ocean City, was arrested early Thursday morning and charged with first- and second-degree assault, false imprisonment and carrying a deadly… Read more »